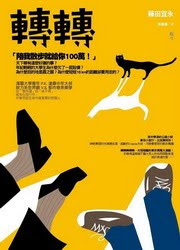 the reason we read this novel is kind of complicated.
bacause we watch the Japanese soap opera 時效警察 and were amazed by
the wonderful plot and character.

then we found out that the director had a film work in which
he adopted the same team.

then we found out that the film is adapted from a novel
finally the novel i discuss here.

however this chain effect has a very serious problem
that is
the order is confused.
for me, i finished the novel before watching the film
and it makes the film less attractive

also, the reading of the novel is kind of flat as well,
for the success of the soap opera is due to those amazing characters and
the director.

that is,
we totally overestimate the novel and the adapted film...

still to those unfamiliar with Japapnese novel,
it could be interesting